2014 will officially be the first year in which I spend more time outside of the United States than inside it (and, if all goes according to plan, 2015 will be the second, but let’s not jinx this.) That comes as a combination of the winter/spring backpacking trip that mercifully delivered me from trying to bicycle commute through Michigan’s many polar vortices, and the grant that I’m currently starting to carry out.

The summer’s pace in Michigan was perfect. Nothing felt rushed or broken, and when it was time to go, I was ready. I eased any possible discomfort of The Leaving by divvying it up amongst several Small Exits. Exit Grand Rapids, spend a week in Portage. Exit Michigan, galavant responsibility-free in New York City for a few days. Exit NYC to see family in DC, re-enter NYC fourteen hours later. Exit the United States, enjoy a clustercuss 36 hours in Brussels. Exit Europe, smoothly transition into my new, nine-month reality. All successful except for the that final, smooth transition, because I sometimes forget that, even when leaving is exciting and fast-paced and feels right, the jolt of arriving in a place where you know no one and, inevitably, plans go slightly awry nearly immediately, still stings and leaves room for staggering self-doubt. 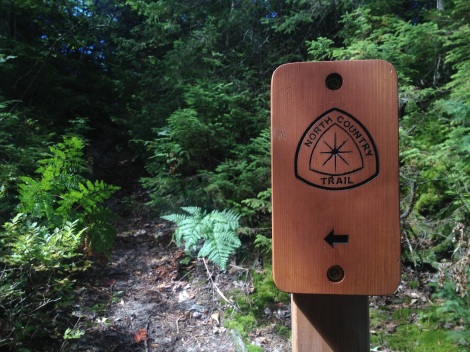 Like the arrogant, fallible human being that I am, I had assumed that I would have little to no trouble this time around. After all, “I never worried about anything the last time I went abroad.” That’s the honest-to-God truth. The difference between Then and Now, though, is that Then was constantly new, with frequent location changes and the predictable existence of traveling companions in every hostel. Now, I have to find an apartment, adjust to one place for nine full months (this is an eternity for me these days,) make friends (introvert,) and find it in my heart to accept that October will be only mildly productive because both of my local research partners are out of town until the end of the month. At the core, it’s the poignancy of the situation’s fixedness that’s hard. And exciting. And hard. 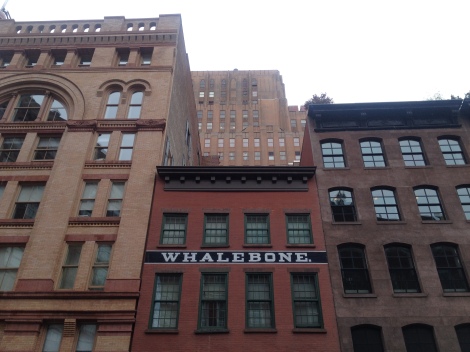 So now, I guess, I live in Cameroon, and despite a vaguely constant sense of suffocation since arriving, I’ve kept it together. In fact, I frequently reward myself for staying level-headed by cooking especially buttery fried rice with REAL BUTTER FROM FRANCE. (Fellow sub-Saharan Africa expats, you feel me.) But recently, not long after a gloriously adipose pat-on-the-back dinner, I completely lost it because my wifi stopped working and, “I JUST WANT(ed) TO SKYPE WITH MY MOM, AND ALSO PLEASE, SOMEBODY, ANYBODY, GIVE ME A PUPPY ON MY DOORSTEP, *tearful stream of expletives*” This is my sixth trip to sub-Saharan Africa, my second to Cameroon. Those six trips total eleven months and counting; I am not new at this. You’d think I’d have it together by now.

But isn’t it amazing how our bodies require an occasional purge? Mine doesn’t allow for the purge nearly enough; I’m fairly robotic when it comes to personal emotions (a statement that I imagine has my parents and brother laughing in my face, while all of my friends, enemies, old flames are nodding furiously.) Yet despite knowing that it’s good and necessary to “let it all out,” as they say, here I am still wooing myself with spurious claims that everything is easy all of the time and that crying is for sissies. And all this is really just to say that I would like to get a puppy instead of dealing with other humans’ or my own feelings. 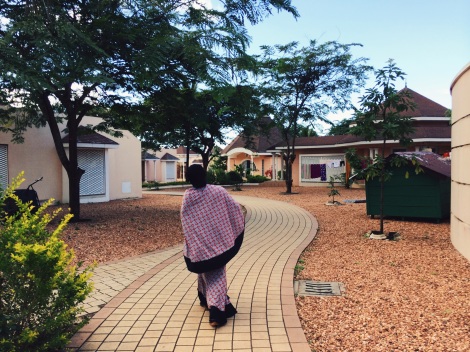 While in New York, I very pretentiously stated (I was called out instantly by the friend I stated to, though in my defense, it was past midnight and I was a couple of craft beers in and twelve hours away from committing my life to a distant, Sahelien land, so I can’t have been expected to self-censor) that “I’ve been really into Pulitzer winners lately.” Pretentious but true—summer book club reading was The Goldfinch, then the other two members of our triad book club vehemently recommended The Amazing Adventures of Kavalier and Clay, and now I’m on to A Visit From The Goon Squad. The non-fiction obsession that propelled me through most of undergrad (whether as an act of self-preservation or actual enjoyment, I’m still not quite certain) has resurfaced here and there, but mostly in those earliest post-grad days I was picking up “classics” that, for some reason or another, I’ve missed over the years. 2014, however, is the year of Eggers, of Tartt, of Diaz and Shipstead. All that is to say that I highly recommend Kavalier and Clay if you find yourself in the mood for 630-pages of fantastical, amusing, occasionally very macabre, WWII-centric fiction. If you find yourself in Ngaoundéré, Cameroon, just swing by my place and take it from my disgustingly irresponsible 30-pound stack of books.

Starting on Saturday, I believe, perfectly timed with the last day of rain for the season, thousands of crickets have appeared all over everything. They’re like locusts, swarming in dark corners and finding their way into your house no matter the precautions you take to keep them out. In two more days, they’ll all be dead, and corpses will litter the roads and porches and unswept corners of our houses. It’s actually kind of sad if you, like me, tend to feel an irrational amount of empathy toward non-human living things.

Unrelated to the cricket infestation, I have read less and left my house more this last week or so. My favorite place in this city is Mount Ngaoundéré, which is more of a hill made of boulders than a mountain, but, most importantly, it’s a hike, a quiet place, and a haven from the condition of being forever conspicuous. This past weekend began and ended with the mountain: it was Friday morning’s wake up call, and on Sunday we watched from the peak as the sun went down. It’s an especially home-y place if you come from the northern U.S., I think, because every trail is full of rocks, comparable to northern Michigan or Maine’s Atlantic coast. Jumping around barefoot on the boulders at the top of Mount Ngaoundéré is like being a Baldwin kid in Boothbay Harbor. Or a Baldwin adult in Boothbay Harbor, actually.

And with that, you’ll have to excuse me; this is my day off and I need to get back to looking for sled dog camp Workaway placements in Arctic Lapland. 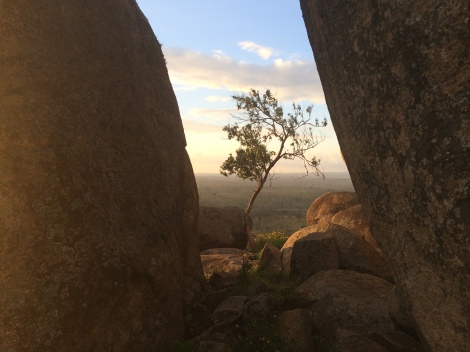