Global citizens, I don’t care about what you once thought was the most beautiful music on the planet because it has been replaced by Carrie & Lowell. I was going to love this no matter what, as I have held since 2005 (happy 10-year anniversary, Suf) that Sufjan Stevens can do no wrong. C&L was always going to be exciting for me. But the man has gone above and beyond what even I had imagined he was capable of in a way that simultaneously inspires me to leave my apartment and walk the earth until I find something that can rival even one-tenth of this album’s beauty, and makes me want to curl up underneath my coffee table and never come out, rapturous melancholy eventually suffocating me to death. 10/10 would listen again every day for the rest of my life.
Additionally, because he will forever be more eloquent than I, an excerpt from K. Verhagen’s most recent email:
“I’ve never listened to an album that is so the opposite of the commodity, of a caricature. It’s near a perfect album, but through that Sufjan has never seemed more flawed and less worthy of adulation, and I think I like him more because of it.”

And, because Suf thinks of me in everything he does, the album’s release coincides with the start of the rains (and long-awaited relief from the harmattan.) I hesitate to speak for everyone in the Adamaoua, but everyone in the Adamaoua is breathing more easily. I had almost forgotten how clear the view of the city could be. The heart of rainy season will have its own downsides, of course: washed out roads mean limited travel, frequent thunderstorms mean power cuts, delayed or canceled meetings because folks prefer to wait out the weather (understandable, as this city almost exclusively moves by foot or by moto.) But the full-force, inconvenient rains shouldn’t hit for a while yet. This transition time, with a couple of thunderstorms a week to clear the atmosphere, wash the dust off of trees, roofs, and bodies, cool things down, this is sublime.
Regrettably, the inconsistent thunderstorms also herald the hottest season of the year… in Adamaouan March and April, we are generally sweating from the simple act of sitting motionless. But the storms and post-storm chill, most especially when accompanied by Carrie & Lowell, are worth the discomfort leading up. 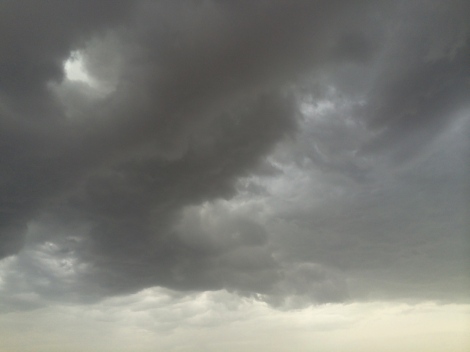 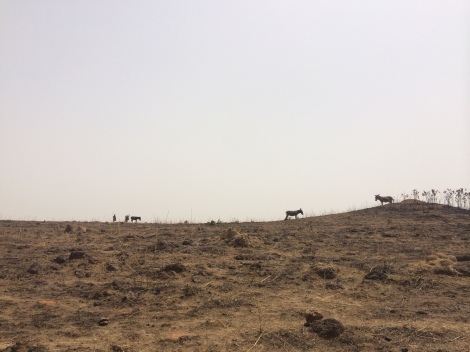 Thanks to a good friend’s generosity with her library, I borrowed (and subsequently devoured) Let the Great World Spin early last month. I almost never reread books, so know that when I say that I already want to read this one again, it’s probably my finest endorsement. Collum McCann has also, in the form of John Andrew Corrigan, given me a new favorite literary character. A must-read.

March and April are intense travel months, with twenty-one out of the last forty days spent sleeping someplace that’s not my apartment. I thrive when I’m on the move and it’s all been in the name of research, but I’m noticing that the moving is causing me to associate home with stress because when I’m there, everything feels rushed before the next trip. Currently trying to take a step back and use Ngaoundéré as a place of rest before I take off again on Tuesday.

Next week’s travel, though, is for pleasure because A VISITOR COMETH FROM THAT DISTANT AMERICA! For two glorious weeks I’ll be privileged to see Cameroon through fresh eyes and expect to end up with a lot of questions I don’t know how to answer because I take this place for granted like, “What in the name of God is in that weird street meat concoction you’re eating?” and “Are you sure there are no snakes on this mountain?” Stay tuned for antics. 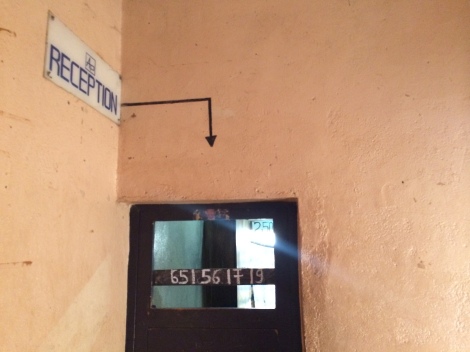 Militants kidnapped a bus near the border with the Central African Republic late last month, and attempted a second kidnapping in the same area about a week later. Don’t worry if this sounds completely unfamiliar; no white foreigners have been involved, so the news isn’t getting too far. As of now, over a week after the second attempt, even the State Department has failed to update its travel warning for Cameroon (last updated on February 4, 2015, today of course being April 9, the attacks having taken place on March 20 and 28, respectively.) Fascinating.

In news that did make the international stage, neighboring Nigeria has a new president! If you didn’t follow this election, that’s understandable. We did, though, because it has the potential to affect Cameroon in a big way. Nigeria’s most talked-about issue right now is Boko Haram (for good reason) and, while Boko is based there, they have also been terrorizing parts of Cameroon’s Extreme North region. This merits mention in the news and gets it, but factual details are difficult to come by in part because there’s almost no media presence in the Extreme North. Not many foreign journalists are making the trek up there, so a lot of the information I get is second- or third-hand from friends who have family north of here. Those reports range from “now that Buhari is president in Nigeria, Boko Haram is gone!” (not true, as elections do not cause problems to miraculously disappear the instant they happen, and the man was elected less than two weeks ago) to “it’s all-out war in the north.” I tend to believe the mean of the extremes. At any rate, big changes are expected with the leadership shift in Abuja.

R and I have been started weekly (we hope) Kilimanjaro training hikes. Three of us will be hiking in July, leaving Cameroon one day after my grant ends, and the whole thing still feels very implausible. I’ll be barely twenty-five when we climb the tallest free-standing mountain in the world. In what realm of the imagination do I even deserve that? But I have the money and I’m on the continent, so here I go.

—PSA for my friends in America/everywhere: DITCH YOUR CARS. Or at least cut back on their use. Bike commuting is the #1, make-or-break reason I’ve been able to do everything I’ve been able to do these last couple of years. Alternatively, to save money you could also live in Ngaoundéré, Cameroon. That’s helping.—

Anyway, the mountain calls. We’ll be using the Lemosho route because I am my father’s daughter, and mostly we’re just lifting prayers and rain dances and cries in the wilderness in a desperate crusade against altitude sickness, because it’s the one thing that could truly ruin everything and we have exactly zero control over whether or not it happens.

This Tanzania trip is doubly exciting because we have 22-hour layovers in Kigali on both flights. You people know how this thrills me; Rwanda remains my favorite country on this continent. I may just accidentally miss the flight to Cameroon on the way back. 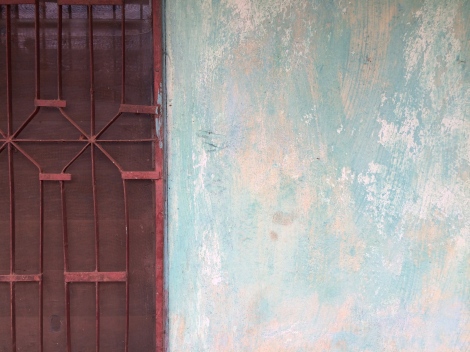 Other recent highlights include…

…accepting an offer to stay with a friend’s family while traveling for research only to learn that this friend’s father is the Lamido (traditional Muslim leader, very big deal) of the village, which lead to a great deal of celebrity intimidation on my part. Concerns proved unfounded–he’s a very nice man and has an unbelievably welcoming and beautiful family that, in finest Cameroonian form, overfed me every day of my visit.

…being hosted for Easter brunch by Carmelite sisters in Tibati, making this the second Easter of my life so far that’s been spent with nuns. Generalizations reached as a result of that experience are: Carmelites are hilarious, and the entire world is out to get me (re: yet again being grossly overfed. Please note trend//know that my life is very difficult.)

…explaining homelessness in the U.S. to a very good Cameroonian friend. At first he didn’t believe that there are people sleeping on American streets (to hear him talk about New York, which he has never visited, you’d think he believes those same streets to be paved with gold,) and once he had accepted that, he sat back in his seat and very matter-of-factly said, “Ah, okay, mais ils sont les noirs, pas les blancs.” Sure there are homeless people in America, but they must be black. We obviously discussed that untruth as well, but that assumption is important for anyone who cares about global race relations to consider. Think about it.

…finding strawberries in the market. A kilo costs just about as much as a kilo of gold dust (unconfirmed assumption) but it’s worth it. 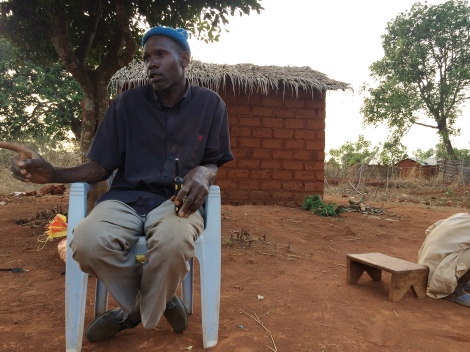 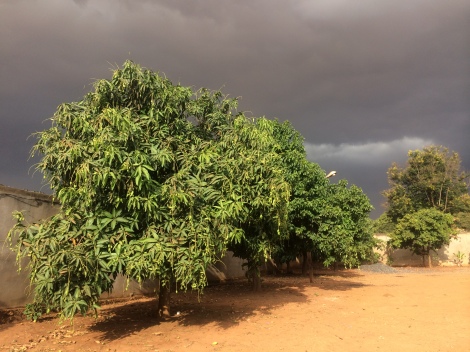 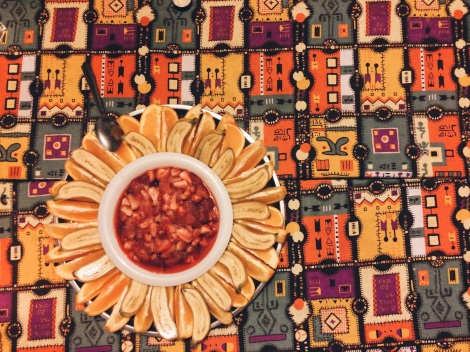 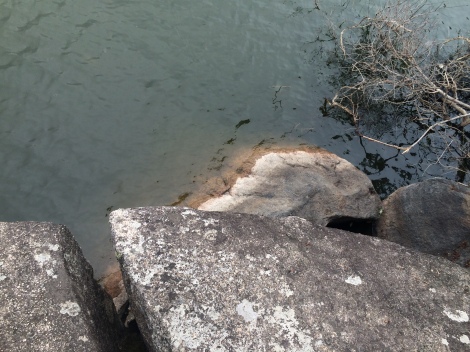 3 responses to “all is flux”